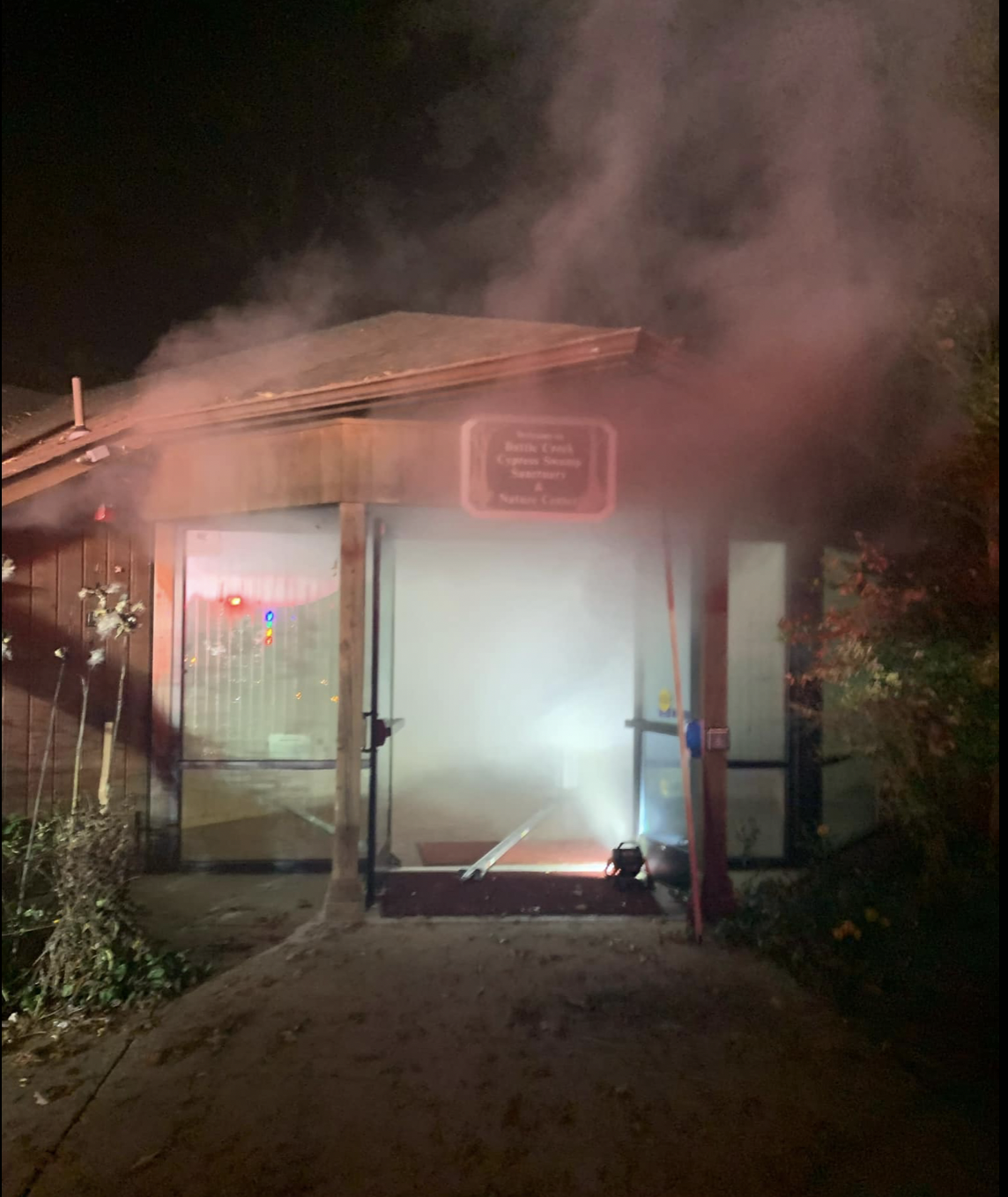 The Battle Creek Cypress Swamp was designated a National Natural Landmark in 1965.

Situated at 2880 Grays Road in Prince Frederick, Md., according to their website, the grounds and nature center structure have live animal exhibits such as “a red-tailed hawk and a rare albino snapping turtle.” Officials add, “Exhibits offer an interactive look at local wildlife and cultural history of the area.”

On Saturday, November 5, 2022 around 7 p.m. the Prince Frederick Volunteer Fire Department and surrounding departments were called to the main building for a fire alarm. In the majority of incidents where crews are called in, the alarms generally (and thankfully) are not anything of significance. Unfortunately, this was not the case for the nature center on the Battle Creek Cypress Swamp property that houses the animals.

Crews from Company 2 (Engine 21 and Squad 2) located a fire in the basement area. Multiple volunteers were able to extinguish the flames, conduct overhaul and remove as much smoke and debris as possible.

According to the Battle Creek Cypress Swamp official Facebook page, “The nature center and trails will be closed until further notice. Donations to replace damaged equipment and supplies can be made through Calvert Nature Society. “