A Look Back at The History of the Prince Frederick VFD

In 1926, a group of concerned citizens consisting mainly of business and professional men saw the need for a fire department in Prince Frederick, the seat of Calvert County. On May 6, 1926, a charter was issued in the name of Prince Frederick Volunteer Fire Company. Acting officers of the company were John B. Gray, Jr., Rutherford B. Smoot, George D. Turner, Albert B. Gibson, and Isaac N. King. In 1927, a Ford Model A chemical fire engine was purchased and housed in a shed next to the Calvert Motor Company, known today as Prince Frederick Ford. The Company disbanded in 1931 for reasons unknown leaving the town again without any fire protection.

In 1940, a group of townspeople, including some of the previously involved, began meeting in an effort to reorganize a fire department in Prince Frederick. After many meetings with citizens from all areas of the county and a serious fire in Prince Frederick, progress began to take place. As the department would be providing fire protection to all areas of the county, it was decided that the name of the organization would be the Calvert County Volunteer Fire Department. In 1941 a charter was issued to the CCVFD. On September 9, 1941, Mr. Will Duke was appointed a temporary chairman and the following Administrative Officers were elected:

The Suppression Officers were:

A 1928 Studebaker was borrowed from the North Beach Volunteer Fire Department and was housed in the shed next to Calvert Motor Company. Soon after this, a committee was formed to purchase the department’s first fire engine. The committee ordered a 1941 American LaFrance with a 500gpm pump and a 300-gallon tank that would be known as Engine 21. As the new fire engine was being built, construction on a new firehouse was started. In 1942, the CCVFD constructed a 1000 gallon Tanker with a 500gpm pump on a 1935 International chassis. In 1943, the department moved into the new two-bay firehouse next to the courthouse on Main Street. In 1947, an International fire engine was purchased from American Fire Apparatus with a 500gpm front mounted pump and a 750-gallon tank known as Engine 22.

In 1955, another International fire engine was purchased. It featured a 500gpm front mounted pump and a 1000 gallon tank. Due to other fire departments emerging and mutual aid with other counties, the county decided to change the numbers on the engines from two digits to three digits, making the new 55′ Engine 201. 1956 started a 29-year era when Vernon D. Horsmon, Sr. became Fire Chief. By 1959, the two-bay firehouse was full with three engines and a tanker, and talk was started about building a new firehouse.

In 1960, a new one story, four bay firehouse was constructed. It also featured an area on the front providing a kitchen and meeting room. In 1964, an International Scout was purchased due to many large brush fires in the county. In 1967, Engine 21 was replaced with an American Fire Apparatus International that featured a 750gpm front mounted pump and a 1000 gallon tank which was known as Engine 202. In 1968, a Rambler Chief’s Car was purchased from the Prince Frederick Motor Company.

On January 12, 1980, while responding to an accident on Long Beach Road, Truck 2 got out of control and flipped over several times. The accident injured firefighter Mike Moore Jr and killed Deputy Fire Chief Donald Bowen. This marked the first Line of Duty Death (LODD) for the department. The ladder truck was replaced with a 1980 100′ Maxim rear mount. In 1983, an E-One/International 4×4 was purchased and was known as Rescue 2, which was the County’s first Rescue. In 1984, an addition was made to the firehouse, building two more stories above the kitchen and meeting room. The addition made a training room, a lounge, a bunkroom, and the Chief’s office on the second floor, and a gym and storage on the third floor. Also in 1984, Engine 202 was totaled while responding to a fire in the Plum Point area injuring three firefighters. A 1984 Henrickson Custom/Pierce with a 1000 gpm pump and 750-gallon tank replaced Engine 202. 1985 ended a 29-year era for Chief Horsmon as he was forced to resign due to a conflict of interest with his new county job. Before Chief Horsmon’s resignation, he renamed the department, Prince Frederick Volunteer Fire Department which allowed us a more positive identity to the area that we have a prime responsibility for. In 1986, a new Car 2 was purchased and was a Chevrolet Suburban. In 1988, the Tanker was replaced with a Mack/4Guys Tanker that featured a 1000gpm front mounted pump and a 3000-gallon tank. Also in 1988, a new Brush 2 was also purchased and was a GMC 2500 with a utility body and skid unit on the rear. December 9, 1988, marked the second LODD for the department when President/Captain David Gott was returning home from running a call at the firehouse. A car pulled out in front of Capt. Gott at Hallowing Point Road and Barstow Road. In 1989, the county went back to two digit numbers and Engine 201 was replaced with Engine 21, a Pierce Lance that features a 1250 gpm pump and a 750-gallon tank. In 1991, another Pierce Lance Engine was purchased to replace Engine 203. The new Engine 22 features a 1250 gpm pump and a 1000 gallon tank. E-22 was also equipped with a Hurst Maverick Tool and a 30-gallon foam tank. The 1980 Maxim Ladder Truck was rehabbed in 1993 by Pierce. The truck received a new Pierce Arrow closed cab and new compartments. While the Truck was being rehabbed, the department made another addition to the firehouse. Three more bays were added to the east end of the firehouse to make room for the newly rehabbed truck and the tanker. Also in 1993, a Chevrolet Suburban was purchased and placed in service as Car 2. In 1994, a new Rescue was purchased from E-One. The new E-One Cyclone replaced the 1983 International and was renamed Squad 2. In 2003, a GMC Yukon XL was purchased as a second Chief’s car and placed in service as Command 2. A new Pierce Dash 95′ Mid-mount Tower Ladder was also purchased this year to replace Truck 2 and delivered in August. Old Truck 2 was sold to the King George Fire Department in Virginia. In 2004, meetings started being held to discuss whether to rehab the old firehouse or construct a new one. In 2007, a new GMC Yukon XL was purchased to replace Car 2. The old Car 2 was stripped and sold to a private owner in the Calvert County. In September 2007, a new Seagrave Marauder II was ordered to replace Engine 21. In May 2008, the firehouse rehab/replacement moved into the second stage. On May 5th the old Engine 21 was sold to the Mount Jackson Volunteer Fire Department in Virginia with the upcoming arrival of the new  Seagrave Marauder II. The new Engine 21 arrived on September 8th and was placed in service on October 4th after a traditional Housing Ceremony. On August 29, 2009, Squad 2 was sent out to Patriot Fire, in Trappe, Maryland for a minor rehab. The Squad had all new LED Lighting installed, the compartment door hinges repaired, and a complete paint job. A new 2010 GMC Sierra 2500 was purchased on December 11th to replace Utility 2. On December 18th, the apparatus committee went to pick the rehabbed Squad 2 up from Patriot Fire in the new Utility 2. The Utility was left at Patriot Fire to have the emergency equipment installed, paint and graphics done. The old Utility 2 was stripped and sold to a private owner in Calvert County. 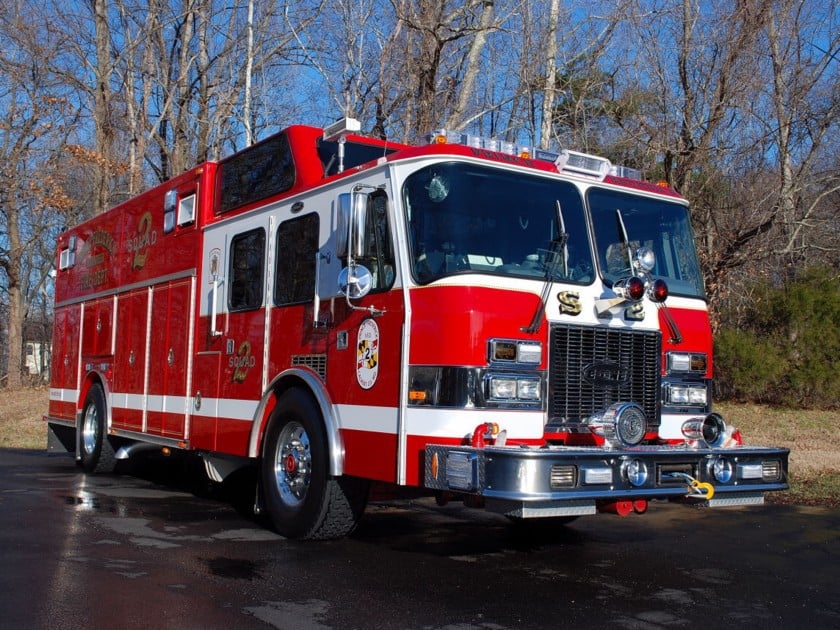 Since 2010, the firehouse has been getting much-needed repairs done while talks continue about building a new firehouse. The Apparatus Committee reconvened in 2011 to start on the replacement of Engine 22 and Tanker 2. Contracts were signed on January 8, 2012, to purchase a Seagrave Marauder II, and with a last minute change, a Pierce/Peterbilt Tanker. On April 23rd, the Department reached 5000 days scratch free, which is 13 years that the department has responded to every call dispatched on. The old Tanker 2 was sold to the Rollings Hills Volunteer Fire Department in Oklahoma on August 15th. A final inspection was done on the new Engine 22 on August 28th at the Seagrave factory in Wisconsin. The old Engine 22 was sold to Hilltown Township Volunteer Fire Company in Pennsylvania and left for its new home on September 8th to make room for the new Engine 22 that arrived on September 12th. Since Engine 22 was almost an exact twin to Engine 21, with exception of the newer emissions changes, the department was able to do training on the new piece and quickly place it in service on September 28th. A final inspection was done on the new Tanker 2 on October 10th at the new Pierce Truck factory in Florida and arrived at the firehouse on October 26th. The Fire Department held a traditional Housing Ceremony on October 27th for the new Engine 22 and Tanker 2. Because of how different the new Tanker was, extensive training was completed, and the new Tanker was placed in service January 16, 2013.